Posted by Admin Posted on January 06, 2019 with No comments 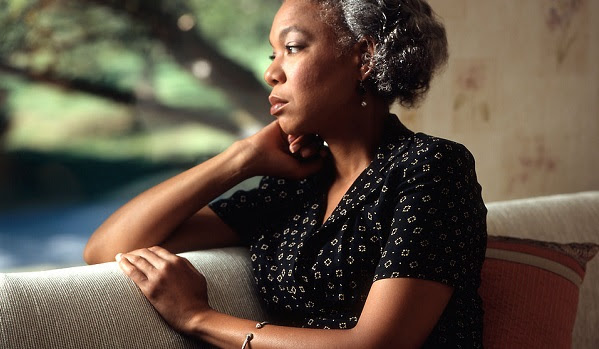 There is a popular opinion that women lose interest in sex as they grow older, but it is not true. Many women want to  maintain active sex lives well into their fifties and sixties.

A Nigerian woman in her sixties writes comedian, Alibaba, over the frustrations of women who are sex-starved by their husbands who run after younger girls while they abandon their wives at home for years.

Let me talk my own and let every person hear am. Many women in my age grade nowadays are suffering from sexual neglect. Husbands have stopped playing their sexual roles in the bedrooms. Many women are dying in silence, I know a former governor’s wife. The only thing she got for 10months was peck on her cheek on her 60th.

After that birthday she was never touched by her husband. To make it worse, they even have their separate bedrooms.

Ali, we dey suffer. Let me tell you sometimes, the only time we get to dance with our husbands is during weddings, funerals, old boys, and Yoruba tennis club parties. That is if you are invited.

The last time my husband touched any part of me is five years ago, and it was because I begged him. And if it was not that we were in AMERICA. Who born me. Then it was because we thought Yaradua’s death will cause wahala. so we ran to US.

Aburo, at least I senior you. it’s not easy for us women over 50years o. Especially the ones like us who are still under a man’s roof. The ones who get a bit of it are the ones who are separated or who are divorced or widowed.

Where do I want to start from, to open my legs at 60 something for another man when I am still under my husband’s house.

That is why you see that containers of sex toys come into Nigeria every month, and in weeks they are sold out. I swear to God, plus pastor’s wives o generals, governor’s MDs of companies, chairman sef. all of us dey buy to help ourselves.

This is what you should be writing about not all these girls who marry people that are beating them and because of the money they will sit down there and say they are abused. Them use juju gum their yansh there. Koshi danu.

See this matter of sex starvation I am talking about is even getting worst. Young ladies who are below 30 are also complaining. Young men will now keep them at home as baby making machine and be following small girls up and down.

Me I don’t have pity on these girls between 20 and 40 who get married and their marriage does not last. How will it last. Before some of them got married, Ali my brother, if you see what they used people’s husbands eyes to see.

We are just bearing the husband’s name for nothing. They are the ones that are enjoying him. They stay in 1004, lekki, whats that place behind shoprite and even dolphin, parkview ikoyi. But to rent common shop for us to do business, our husband will ask if someone is not been catered for.

READ: THE S3X I WILL NEVER FORGET!

Many men after 40 years cannot make a wife orgasm again. They are now lazy. once they enter its premature ejaculation. They will now be claiming tiredness. Awon oloriburuku. I can beat my chest to say the men that can make a woman orgasm 2 times are not up to 100 thousand in Nigeria.

And even that sef they are all below the age of 30. all the rest when they come, that’s all. The woman will go and find her own. You may think this is funny but this is the real problem nobody is talking about.

This is why you see young men are having sugar mummies up and down. the men of 30 and above have sexual problem. They like to follow young girls who deceive them and tell them they are lions in bed. Lies! I have nieces who tell me how they pretend and the men too would fall for it and give them everything they want.

Some will now marry them after they have one child for him. How is a 65 to 75 year old man going to satisfy a 22years old girl. Ali, be honest. How?

All that Viagra is a lie. If it stands up, which blood will remain for his heart to pump. That’s why they are dying anyhow.

Imagine my friend just went from park to see the husband in the office behind mega plaza and this girl that walk pass her at the reception had the same lip stick that stained her husband’s sokoto. And he went to mosque that day oooo.

shebi she came to collect the weekend money. My friend too collected 300k that day. So now every Friday she goes to his office. Then after, these same girls get married they will say they don’t want to catch their husbands with another girl. You can’t escape it. You will share him like you shared other people’s own.

Ali let me level with you if after 5years my husband doesn’t touch me I will find a young man that will do his job. Because I swear that he gets it from those little girls running around Lagos half dressed. So help me post this. Let them be ready for their own turn. Your husbands will be shared. They shall feel our pains too. If you like post it o.
Tweet