DOWNLOAD LOGO AND SYMBOL OF VIKINGS CONFRATERNITY aka ARO-MATE

Posted by Admin Posted on September 19, 2019 with No comments

The Vikings confraternity AKA Aro mate in Nigeria was founded on the Ideals of Icelandic Vikings group. It was founded at the University of Port Harcourt. Vikings are known for using skull and bones as their logo or symbol as with other fraternities in Nigeria claiming to be sailors.

The Norsemen club like they call themselves when they finally graduate from the university pride themselves in service to humanity but those ideals have since been forgotten.

They say the ship must sail but I do hope they aren't berthing for destruction as the Nigerian police have since intensified efforts to curb cult related violence especially in the South. 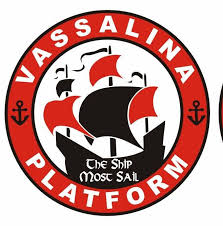